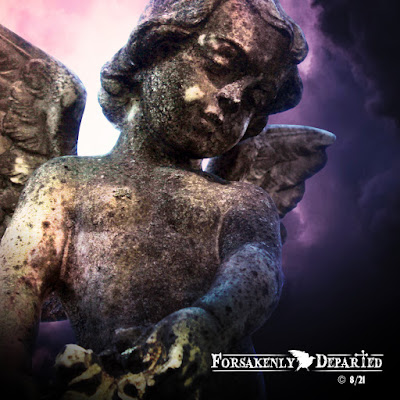 Try as I might to figure out where life may lead meI understand that my Angel has already been there
at 8:15 PM No comments: 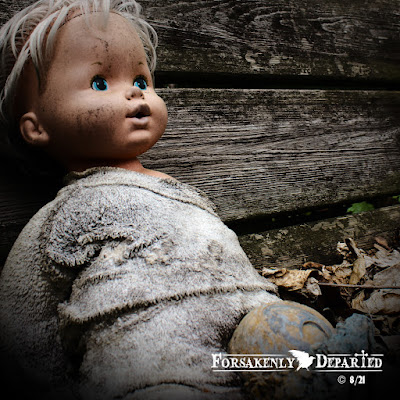 Why not venture into your attic and find those dolls you cherished and adored as a child.  It’s certain to but a smile on your face as you reminisce your childhood days when make believe became life. 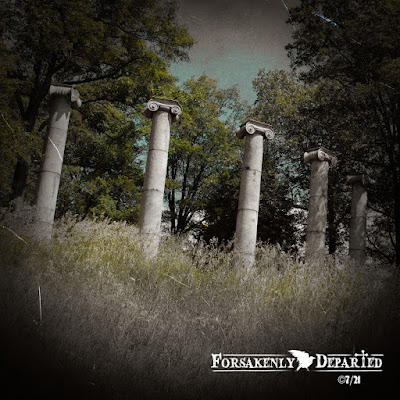 Five iconic columns atop a hill overlook a field at the Storm King Art Center, New York. The only remains of what was a part of the veranda of Danskammer, Edward Armstrong's great mansion that was built in 1834. on the Hudson River just north of Newburgh, New York.
The columns were saved when the mansion was demolished and now stands permanently erect on the Storm King property. With mostly 20th century sculptures, these Iconic Columns give an ancient aura atop the hill. How Art and Nature blend so perfectly together throughout the 500 plus acre grounds.
at 7:32 PM No comments:

Angel of the Sea 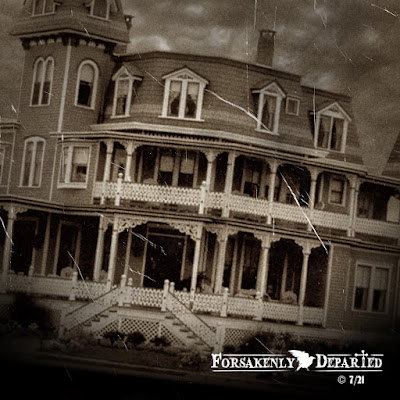 The Angel was built as a summer cottage for William Weightman Sr. back around the year 1850.  Weightman, a chemist from Philadelphia introduced Quinine to the United States as an antimalarial drug.

This beautiful Victorian single structure house was too far off the Atlantic Ocean in Cape May, New Jersey.  Weightman decided in 1881 to move the house closer to the water so the large porches on the house would face the water intaking beautiful views.  Being the house was so big, Weightman hired numerous local farmers to cut the house in half and roll each half over logs using horses and mules until it was at the desired location.  Unfortunately after a long winter, the moving of the two halves proved unsuccessful and now sits as two separate houses.

After going through many transitions including abandonment, falling into complete despair since Weightman’s death in 1905, the house today is used as a bed and breakfast with authentic room settings of how it was decorated back in the 1800’s.  With extensive renovations the Angel of the Sea opened her doors in 1989 and soon was ranked one of the top ten bed and breakfasts in the United States.  The Angel also won the Historic Preservation Award from the National Trust for Historic Preservation in Washington DC for its authenticity.

The house inside and out is absolutely stunning and the next time you’re in Cape May, New Jersey, stop by and pay the Angel of the Sea a visit and look around.  Simply gorgeous! 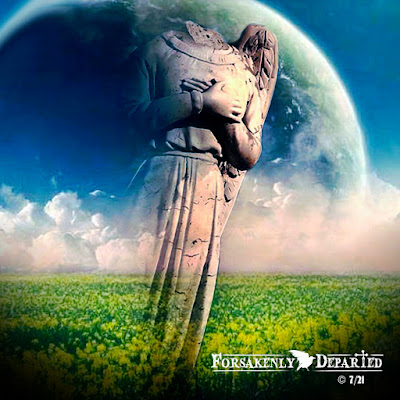 Try as you might to break her, she has suffered far more pain than you can ever deliverFor her strength is much to great and shall withstand and overcome all evil that’s inflicted
at 7:23 PM No comments: 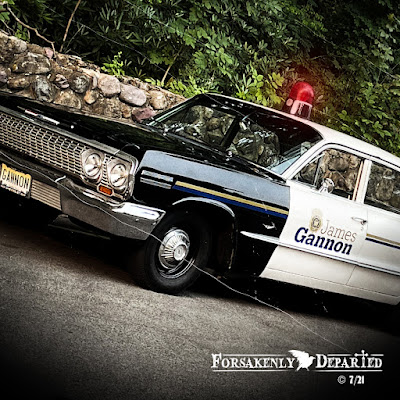 Last night the family went out to a wonderful small restaurant in Mountain Lakes, New Jersey named Hapgoods to share quality time together and indulge ourselves with good food.
Just before entering the restaurant, I noticed this 1963 Chevrolet Impala Police Car with a Bubblegum Beacon Light. Of course, I had to stop and take a couple of snapshots. When walking back, low and behold I saw the owner, James Gannon the 77th Sheriff of Morris County. A slight nod as I passed never looking back.
It really nice the see vintage vehicles completely restored as they were back in the day. A nice beginning to a wonderful evening. Oh, I recommend the Red Snapper over steamed Jasmine Rice covered with Puttanesca Sauce. Simply delightful!
at 7:09 PM No comments:

CARAUNOPHILE
Those who love Thunder and Lightning 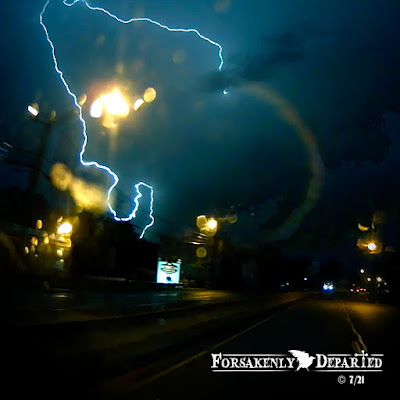 I do enjoy an extreme storm with serious lightning and heavy rain
I captured these delightful outbursts of lightning on the way home the other night.Simply driving in serenity which was not freedom from the storm,
but peace within the storm!