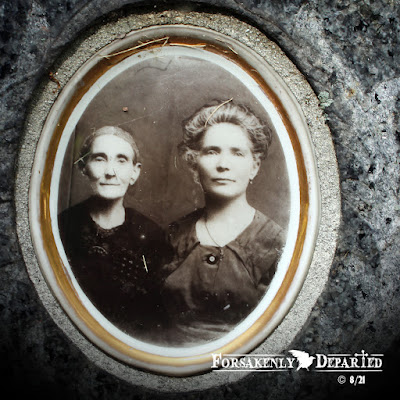 During that hot, balmy evening on the 10th of August 1896, Anna's house was ambushed by two thugs that believed the house to be vacant.  They were on the quest for fine jewelry they knew were hidden on the second floor.  To everyone's surprise, when facing each other, the assault began as Anna desperately fought back to protect her only daughter.

"When it comes to my daughter, I will fight with the fangs of a Wolf and the claws of a Dragon.  And no one, or nothing will stop me from protecting her!"

And she did just that as she protected her daughter until all her energy was nearly exhausted.  Sacrificing herself, absorbing every brutal blow from the two thugs' wooden clubs.  But, like a bear protecting her young, Anna swatted once to face of the attacker leaning over and ripped his eye practically out of its socket.  Dazed and confused, he was assisted by his partner and crime and scurried down the staircase and out the front door.

They both lived several years after the incident but died together when a brush fire swept through the forest where their house sat.  They were surrounded by flames and they burned together as they embraced each other.

An epitaph that read:  "We breathe, pray and burn together.  Now we are free together for all eternity."