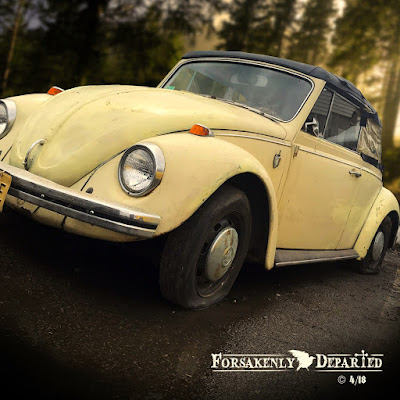 Ranking number four of all time best selling vehicles this beauty Volkswagen Beetle is undoubtedly one of the longest running production cars in history.  Built in 1938 this Bug captured the hearts in the multi-culture movement right through into the 1970's.

The economical price and funkadelic design of the Love Bug later lost her number one spot manufacturing 23.5 million Bugs to three other vehicles.  Let's start with her sister, the Volkswagen Golf with 30 million cars.  Then tying for number one bragging rights is the Ford F150 Pickup and Toyota Corolla, producing 40 million vehicles each.

I reality there is one car that out shines all these by a landslide.  Created in 1979 this vehicle was adored by loving hearts across the world.  Created by the ex Chrysler Parts Fabricator Jim Mariol who wanted to stay in the business of cars.  This innovative car broke all the rules in styling and operations and it is a part of a permanent collection at the Crawford Auto-Aviation Museum in Cleveland, Ohio.  She sits proudly along side the Corvette, DeLorean and the Ford Model-T.

That's right folks, this lovable red and yellow ink injected one passenger car is the Little Tykes Cozy Coupe.  I bet you weren't expecting that one now, did you?