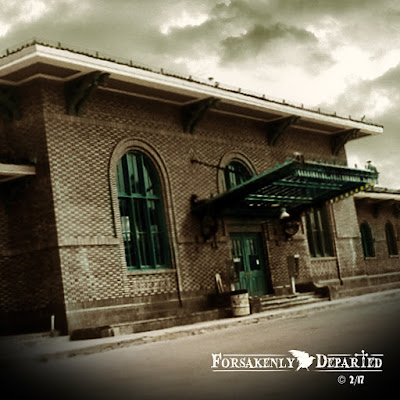 Built in 1912 and opening it's doors on the 13th of November, 1913, the Morristown Train Station located in the heart of Morristown, N.J. is a NJ Transit Station serving on an average of 1,800 Passengers on any given weekday.  Inside, there's always a Station Agent to assist you and a wide open waiting area with massive wooden seating for Commuters anticipating the next arrival.

When walking inside the Morristown Station, you might recognize it from the 1994 Cyndi Lauper iconnic video: "Time After Time" where at the end of the video, they say their final goodbye to each other before Cyndi boards the train.

The Morristown Train Station has changed little in it's century plus years of operation.