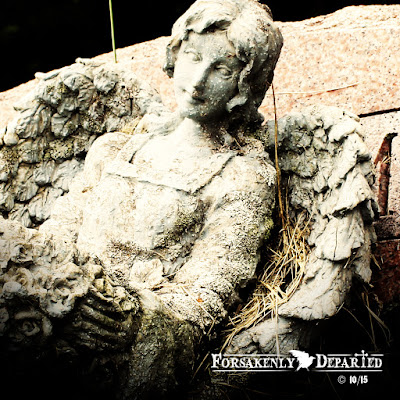 For those of you here who really know me and know what I'm all about, you'll get a kick out of the rumor that spread about me at work.

A coworker called the office the other day on my day off in a panic asking if I had passed away. She stated that it was all over Facebook and was really concerned.
When I arrived at work and asked "What in God's name made you think I was dead?!" She said that she saw my name come up as "People you may Know" and opened my page seeing that it was truly me. Then reading under my name in parentheticals were the words "Forsakenly Departed"… I started cracking up and simply told her that my old Facebook page was named after my website and had to recreate a new one under my real name. Stillwanting my Friends know that I'm connected with Forsakenly Departed. I finished the conversation asking: "Didn't you scroll down just a little bit seeing that everyone was welcoming me back?!" I pretty much got a dead pan look as she was unable to comprehend what had just been explained.
I now will Depart Forsakenly from this conversation!