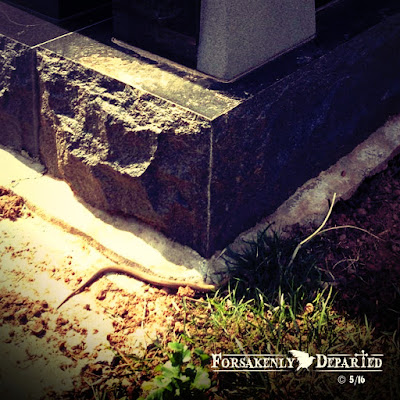 Slithering, Sliding, Skidding and Slinking through Headstones the Serpent seeks what it cannot have.  What does it seek and why?  The Serpent to those is Evil, but is it seemingly only there when there isn't Good?  The lack of Good is considered EviI.

The Serpent is the Devil in disguise.  Would the Devil clone himself and wrap around a Caduceus, the Medical symbol for Fertility, Health and Life.  Yet what hides behind the staff of Caduceus?  Held by the Greek God, Hermes who was the Messenger of Gods known as "The Guide of Death."  Best known as the Protector of Liars, Thieves and Gamblers. 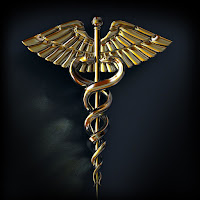 Wherever there is good, there is Evil!