Pact with the Devil

Be careful what you wish for and who you ask 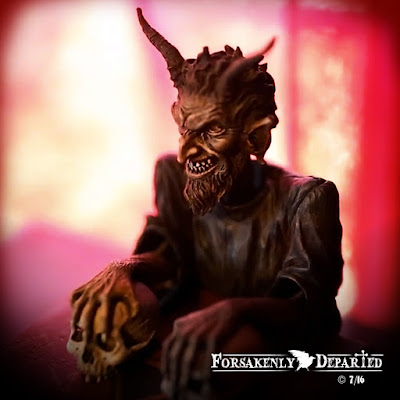 Making a deal with the Devil is something to recon with and with an ante so high it will cost you your Soul.  What possess one to make a pact with the Devil?  Usually for self gain and worth filled by greed in the most dishonest way.

Take a chance as so many others did with Satan and see how your odds turn up. Many have made a pact with the Devil only to have their Soul taken for all eternity. Just a few names of note who...  Well, allegedly sold their Soul to the Devil.

Test your luck with the Devil and let me know how it turns out!
at 8:43 PM